When we discuss the impact of the Internet and related services, we cover a wide range of topics. The best of those improvements, though, we believe, has to do with the way we interact now. Clearly, cellular connectivity has improved, and we now have a clearer voice and fewer interruptions, not to mention improved portability. In any case, with a little generalization, people can no longer live without the advantages of texting.

It’s worth noting that the identical messages cause a problem in that area as well. We’re not just talking about SMS here; we’re also talking about apps like WhatsApp, LINE, and Messenger. The majority of individuals use the option to delete text messages that are included in all of these apps. So, a question arises, Can Spy Apps Retrieve Deleted Text Messages. After reading this article, you can easily get the answer.

So, if you want to know if your child is talking to someone who is abusive, you might not be able to. However, this is where you should consider how to retrieve deleted text messages. Yes, you read that correctly. You can retrieve a person’s text messages even if he or she deletes them after reading them. 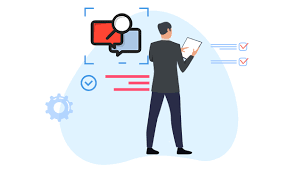 If we destroy some data on our mobile phone by accident while using it, we will be unable to locate the content we wish to read after it has been deleted. You may simply regain deleted text messages and social application messages from your phone using mobile phone remote monitoring software.

Many spy Apps struggle to detect deleted messages because some persons delete them quickly after reading them. However, with the right spy app, it is possible to retrieve deleted texts from a phone’s inbox. For that situation, Nova Spy is the best Spying App. The Nova App may be used to retrieve deleted texts from the phone while remaining undetectable to the target. 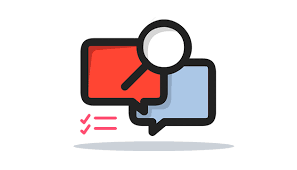 Nova is a highly professional mobile phone remote monitoring app that allows you to easily and rapidly obtain monitoring content.

It is quite professional when it comes to obtaining phone text messages, particularly the Keylogger feature, which allows you to monitor all text entered on users’ phones. The app can track all of the contents of the phone in real time, including texts, short messages, text, images, emails, and other items that have been deleted by the user.

You may retrieve and recover deleted text messages from the phone using appropriate and advanced spy software. For accessing text messages, you should look for untraceable spy software. Nova Spy is a safe and undetectable spy app for Android phones that you may use.

To use this easy software, you must first register. Then, on your PC, install it on the targeted smartphone and read the SMS. This App is simple to use as an SMS tracker. You can also find the call details and record the call. You may also use this app to efficiently spy on the target phone’s WhatsApp communications. It contains a slew of other functions that aid in the monitoring of a person.

As previously stated, the most crucial issue here is the spying app you employ. We’d suggest going with Nova Spy based on our own and others’ experiences. Nova Spy is a comprehensive solution for monitoring smartphone activities. It’s dependable, effective, and trustworthy. It’s also available for Android and iOS.

Before you start, you should consider the issue of device compatibility. There’s no need to be concerned if you wish to recover deleted text messages from a non-jailbroken iPhone. Nova Spy is compatible with all iOS versions.

When it comes to Android phones, Nova Spy supports all Android devices running version 4.0 and later. However, as previously said, the device must be rooted in order to track actions from IMs. Because Nova Spy works in both circumstances, it’s entirely up to you whether you jailbreak or root your phone. 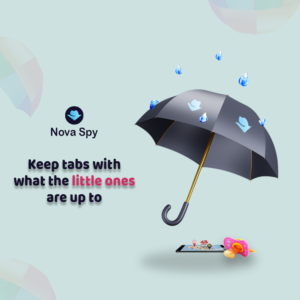 The installation procedure is nearly identical regardless of which version of Nova Spy you have purchased. You’ll need physical access to the device if you’re using Android. You must first download and install the APK file from the Nova Spy official website. If you want to spy on a non-jailbroken iPhone, on the other hand, you don’t need physical access to the device. Nova Spy relies on iCloud Backup and Sync to function.

In either case, Nova Spy installation will just take a few minutes. That is, you may set up a full-fledged monitoring and spying system on the targeted device in a matter of minutes. Now it’s time to start spying on the device’s erased text messages and other information.

It may take up to 24 hours for Nova Spy to sync all data from the targeted device to Nova Spy servers, depending on the device data and connectivity details. When it comes to iPhone, however, things may move quickly.

As previously stated, Nova Spy will be obtaining data from iCloud servers. As a result, there is no direct communication with the phone you’ve chosen. At the same time, it should be emphasized that the device being spied should have iCloud Backup turned on.

After you’ve logged in with the provided credentials, you’ll be able to see the whole Nova Spy dashboard. You can also select the appropriate section from the sidebar. You can choose the title and retrieve the deleted text messages and other data in a few seconds or so, depending on the messenger platform you want to spy on standard text messages, WhatsApp, or Messenger.

How to retrieve deleted text messages on android

The best way to recover deleted text messages is to use the actual phone’s app- but this will only work if the other person has not yet wiped the device. The best case would be that they have logged their account in their own device and have given you permission. You will need to install an app like Nova Spy, which monitors WhatsApp through a variety of different methods.

If you’re looking for a discreet way to find out who your spouse or romantic interest is talking to, the three best options are accessing their phone to check WhatsApp, installing the Nova Spy app, or Mspy.

How to retrieve deleted text messages on iPhone

If you do not have permission and are on a computer, there are alternatives. If you have access to the deleted message, you can use a third party software and search for ways to retrieve deleted messages in Android phones.

If your husband or wife is hiding the truth by deleting messages off their phone, there are a few ways for you to check WhatsApp on their phone. You can log into their account and use their smartphone. Or if you want to take more steps, you can use Nova Spy. This would give you one step-ahead of them as they are sending out fake messages.

Can text messages be traced after deleted?

You may be able to save text messages that you have previously deleted if you use a backup and restore process. This will allow you to retrieve your previous messages in their original form. Simply go to settings, backup and reset, then click on the back up my data option. You’ll then see next steps on how to retrieve the data from your phone by restoring it from a backup.

There are a lot of reasons that may make you want to delete text messages on your phone. Some examples include deleting messages to conceal personal information or to prevent someone from finding out certain details about you. One should note that there is no 100% guarantee that the content of the texts will be deleted, however, and some can still be restored through a few simple steps.

When you delete a message, the phone doesn’t really erase it. Instead, it deletes the reference to that message in the database and tells the operating system to display something else. So if you want to check your deleted messages, all you need to do is find a way to manually display them and then copy-and-paste them into another document.

There are applications on the market that can be used to recover deleted messages. The most used application is called Nova spy. This application can find deleted messages and files in a phone, tablet or laptop and restore them. The user only has to follow the instructions to access their data again

So, as you can see, the quickest approach to retrieve and spy on deleted text messages from both Android and iOS smartphones is to use the method described above. Although you have complete discretion, we strongly advise you to use Nova Spy for obvious reasons.

For starters, thousands of parents and employers trust it. Second, because the app is absolutely undetected, you don’t have to inform the target of the surveillance. That is, you can see what is happening in the device in practice.